Sennheiser, a leading global audio brand, finds hip hop and R&B are replacing rock music as the preferred genre to listen to when doing sports.

Wedemark, 2022 – The new Sennheiser SPORT True Wireless provides fitness enthusiasts and athletes with a superior audio experience, no matter how intense the workout. In order to understand what kind of music athletes will use them for, the Sennheiser Brand recently commissioned an independent study with Panelbase.* The results are in, and they have found that, in many countries, hip hop and R&B are preferred over traditional pop and rock music as the optimal soundtrack for doing sport.** 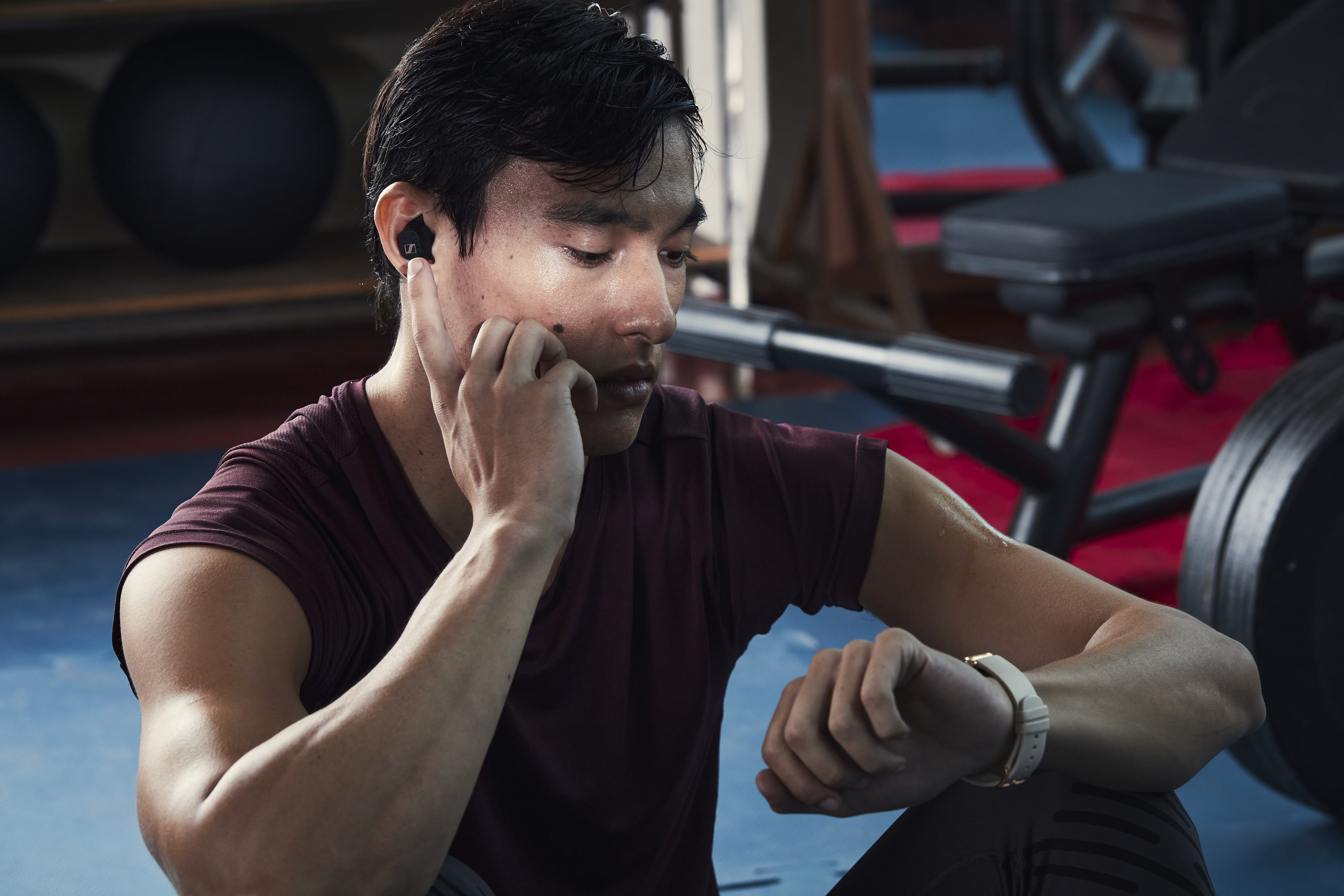 Numerous fitness guides and top tips for exercising emphasize the importance of motivation. Without it, it’s not only hard to go for a run early in the morning, but also to spur yourself on to new heights when it’s clear how tedious it will be. And hardly anything helps in this regard as much as the right music. But what is the “right” music for sporting activity? Are the beats per minute the deciding factor? Does it need to be quiet and focused, or loud and energizing?

The Sennheiser Brand wanted to find out what athletes prefer to use the new SPORT True Wireless and its extraordinary sound for, and asked users in countries around the world about their favorite workout soundtrack genre.

The results showed that in all the countries surveyed, athletes tend to prefer hip hop and R&B, moving slightly away from pop and rock – although these two genres remain popular for working out. Dance and electronic, as well as metal, are also popular exercise soundtracks. Apart from minor deviations, people from France to the U.S. and Japan to Australia are relatively unanimous when it comes to a good workout playlist. The major differences are more likely to be found in the breakdown of age groups.

Hip hop instead of rock

Here, too, there is a clear trend in all the countries surveyed:

A look at the UK, Germany, France, Australia and even Japan shows that this is not an American phenomenon. In every country surveyed, hip hop and R&B come out on top against rock and metal in the younger group of respondents compared to the older groups. And not only rock – but traditional pop music has also ceded percentages to the hip hop and R&B genres among the younger generation. This is particularly evident in Japan, as well as in Germany.

So, every generation, or rather every age group, has its favorite music genres for sports. But even within these groups, tastes are diverse beyond tangential preferences:

The findings show there are lovers of classical music amongst the younger athletes, but also a preference for house and electronic music amongst the older ones. In the end, it all comes down to everyone’s own music experiences during their training sessions and workouts.

For all of these music genres and preferences in sports, the SPORT True Wireless delivers the right sound. Just as it offers a choice of open or more closed sound for the different demands of a multitude of sports through the Adaptable Acoustic feature, it also offers the right sound for different genres of music. The TrueResponse transducer, developed in Germany, delivers powerful bass and clear highs without distortion. Using the Sennheiser Smart Control app, athletes can make individual pre-settings via the Sound Check function. The intuitive touch controls of the SPORT True Wireless can be personalized according to personal preferences and provide direct access to features such as audio navigation or voice assistants.

Panelbase is a member of the British Polling Council (BPC) and is accredited to deliver up-to-the-minute political polling data that is featured throughout the world’s media.

Panelbase sampled 3,000+ people from independent consumer panels in six countries (USA, Australia, UK, Germany, France, & Japan) to find out which genre of music people prefer to listen to when doing sport.   Sampling to broad nationally representative quotas, respondents were screened to ensure that they participated in sport regularly and that they listened to music when participating in sport. This was conducted independently and the Sennheiser brand was not informed at any stage of the sponsor of this study.

ABOUT the Brand SENNHEISER

We live and breathe audio. We are driven by the passion to create audio solutions that make a difference. Building the future of audio and bringing remarkable sound experiences to our customers – this is what the Sennheiser brand has stood for since more than 75 years. While professional audio solutions such as microphones, conference systems, streaming technologies and monitoring systems are part of the business of Sennheiser electronic GmbH & Co. KG, the business with consumer devices such as headphones, soundbars and speech-enhanced hearables is operated by Sonova Holding AG under the license of Sennheiser.